Many of us tend to use the term plaids and checks interchangeably, despite them being different. So, what is the difference between the two? 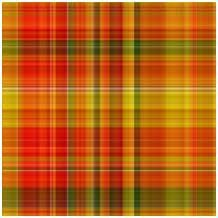 A plaid has a more varied pattern, but the weaving is done the same way with the warp and weft thread – in the case of plaid, the layout would be more like three red, two white, five yellow, three green, etc. The weaving threads would again follow that pattern, but the result is varied rectangles and squares of color. The colors are usually deep and intense, far more imposing than many check patterns. Often it is best to use a plaid only with solid colors drawn from the plaid pattern itself or simple blacks and whites.

A checked pattern is simpler than a plaid. It generally has two colors and all the little squares are evenly woven on the loom. For example, the loom would be strung with three white threads, three red threads and so on. The weaving threads would be an exact repeat of that pattern – three white, three red. Check pattern also seldom involves varying widths of striping being a simple alternating color stripe in both warp and weft, with all stripes of the same width along both vertical and horizontal. White and pastels often dominate in checked colors. 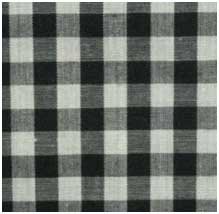