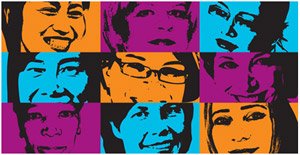 This is year’s International Women’s Day UN theme is Equality for Women is Progress for All. The theme seems quite apt for women today because even in today’s day and age there are still some places across the world where women are not treated as equal and in simple terms many a times their education and development is a waste of time and money. And yet everyday we see cases where women have worked towards their own growth and progress, which has eventually led to the progress of their families and people around them. Even today a stay at home mother is not considered as important. But, we forget to see all that she does and how that plays a role in the development of an individual.  Take a moment to remember your mother who ensured that everything from your clothes being ironed to all meals being ready, just so that you could focus on your studies and grow up to be a successful person. It’s not an easy job, yet she is not given any appreciation or monetary benefit what she has done. Hasn’t she contributed to development? Another case in example, a single working mother who ensures that she earns for the child and takes care of them at home, she plays both the role of a mother and father for the child so that one day they will grow up to be good humans and she also contributes to the growth of the company she works for. So why does society still not treat women as equal? We must all take it upon ourselves to ensure that we help in the promotion of equality either for ourselves or the women around us. It could be as simple as paying for the education of a girl child, or encouraging our domestic help to ensure her daughter gets educated.

Women are part of almost half the population, so imagine the amount of progress we would have if they all were empowered to do what they’re capable of doing and how that capability would help in the progress of the nation.