A book that’s been haunting the imaginations of bibliophiles’ throughout India lately, is former external minister K Natwar Singh’s ‘One Life is Not Enough.’

Touted as a diatribe against Sonia Gandhi – A veteran of Indian Politics and president of the Indian National Congress, the book is a lengthy salvo revisiting the malpractices & corruption during the parties reign.

Being historically significant to Indian Politics, Mrs. Gandhi had no choice but to retaliate claiming “I will write my own book and then you will come to know everything. The only way truth will come out is if I write. I am serious about it and I will be writing.”

Mrs. Gandhi has declared publicly to write a book of her own to reveal the ‘Truth’ countering allegations made by Natwar Singh’s book.

She may not be a current favorite given her parties Not so dignified 10 year track record, but there’s something valuable to learn from her example.

Her statements are a testament to the importance of expression through writing and making statements. It is something noteworthy for Image Consulting Professionals to get right.

She has a very tactical approach with her statements. Her first argument is that the author is a former acolyte of the Congress – Making people doubt the credibility of these claims now that the ruling party is the BJP.

Lastly, she makes a statement to the effect that she is not affected.

While that may sound like the most natural thing to say, she ensures that she fully utilizes the history of the Congress Parties misfortunes (Husband’s Death, Indira Gandhi’s assassination et.al.) by saying that she’d seen all of those things and is used to facing attacks like these from Singh and his likes – Projecting a strong, stoic and balanced image.

Will Sonia Gandhi emerge like a phoenix from the ashes? Or will K. Natwar Singh’s scathing indictment of the Congress trump all rebuttals Gandhi has to throw? Subscribe to this blog for more on Image Consulting and Personal Branding. 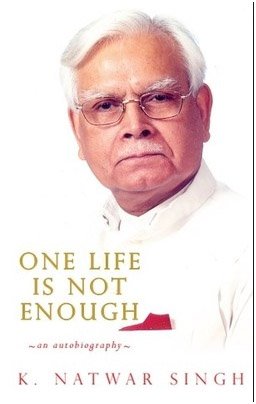